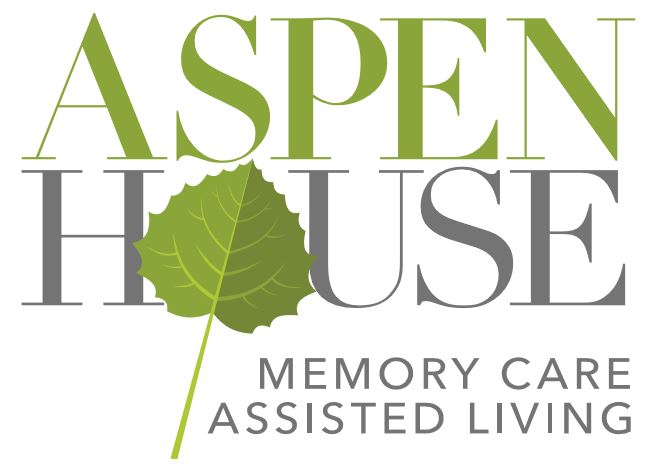 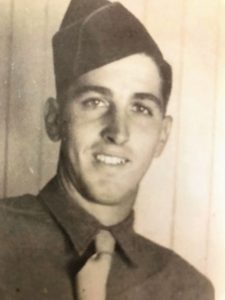 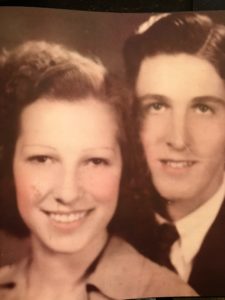 In preparation of moving my grandpa into Our House Assisted Living of Ogden (a sister company of Aspen House Assisted Living) we knew there was some kind of benefit for veterans in assisted living but we didn’t understand the process or the details. We did some research and found the US Department of Veterans Affairs website. The Aid & Attendance may be added to your monthly pension if you meet one of the following conditions:

Eligibility which we found on Wikipedia included

Someone is generally eligible for veteran’s pension if he or she:

My grandpa signed up for the army in 1942 at the age of 19 years old. He left for basic training to Camp Roberts. In December of 1943 he went South across the Equator to New Caledonia Island. My grandpa was trained in wire and phone communications. It was there that he received a telegram that his son Dale was born January 1944. It would be more than 2 years before he would be able to see his son for the first time. He was then put on ship to New Zealand and was assigned to the 43rd division. On September 8, 1945 my grandpa was on a ships to Japan Main Land, but while the convoy moved North towards Japan the Air Force dropped the atomic bomb. The Japanese surrendered. How lucky he was. He told me that sometimes he thinks about if the atomic bomb wasn’t dropped then he probably wouldn’t be alive. One September 13, 1945 my grandpa and his division were the first to go in after the Japanese surrendered. My grandpa came home on October 18, 1945 to see his wife and son.

We also talked to the administration of Our House Assisted Living because we felt like my grandpa would qualify because he needed assistance with everyday activities. They suggested to call Utah Senior Planning. They had us gather a few documents like discharge papers, marriage certificate, and financial information. Then Our House provided a service plan, nurse and doctor assessment, and the service agreement that included the monthly fee at the assisted living community. Senior Planning told us that it could take a few months to receive the benefit. After about 6 months we received notice that my grandpa would receive $1794.00 a month to pay for assisted living.

With my grandpa’s social security and Veteran’s benefit he can now cover the costs of living at Our House Assisted Living of  Ogden without having to dip into his small savings account each month. He has his own apartment with plenty of room, 3 meals a day, multiple activities throughout the day to attend to, new relationships with other residents and staff members. My family and I can visit him anytime we like and he told me just a few weeks ago that he is happy. Assisted Living has been great for my grandpa and our family. At first he was hesitant and said that he didn’t want to move into a place with a lot of old people. He was a young 92 years old when he moved in. He is not 94 and we just celebrated Christmas with him. Even though we have to shout at the top of your lungs for him to hear you we sure enjoy seeing him and we hope he around form many years to come.

Hit enter to search or ESC to close